The Farce of a Deal

Anyone familiar with events in Kosovo over the past two years will have come to expect the unexpected. Yet, the events surrounding the agreement signed by the Prime Minister of Kosovo and the President of Serbia at the White House last Friday were on a different scale. Who could have believed the text would include references to 5G, Hezbollah, and the decriminalisation of homosexuality? Did anyone predict the deal would lead to the recognition of Kosovo by Israel? And could anyone have imagined that President Trump would hail the agreement as ‘another great day for peace in the Middle East’?

The preparatory diplomatic machinations suggested to many that the impetus for the summit had more to do with facilitating collective grandstanding than a determination to resolve the many significant tensions blighting the relationship between Kosovo and Serbia. In the lead-up to the summit, the agenda contracted significantly as potentially transformative proposals – such as the ‘land swap’ and Serbia recognising Kosovo – were shot down in advance; as such, claims by the ever-bombastic Richard Grenell that the summit – hastily reconfigured to focus on “economic normalisation” – would be “historic” sounded like hyperbole. As indeed proved to be the case.

Indeed, the summit has not only failed to achieve any meaningful breakthrough in Kosovo-Serbia relations; this much vaunted diplomatic showpiece has somehow left both parties essentially worse off.

What did Kosovo achieve?

It is difficult to identify any substantive gains for Kosovo. Most importantly, Serbia didn’t alter its stance on Kosovo’s status; though the US has been a strong supporter of Kosovo’s independence, it essentially enabled Serbia to continue to overtly treat Kosovo as a lesser entity. Kosovo and Serbia didn’t even sign the same agreement, and Kosovo was referred throughout the text as “Kosovo [Pristina]” so as to minimise its status. A number of the provisions in fact arguably degrade Kosovo’s sovereignty; the agreement commits Kosovo to “sharing Gazivode/Ujmani Lake” with Serbia, even though 77% of the lake lies within Kosovo.

But of obviously far greater significance is Kosovo’s commitment to “a one-year moratorium on seeking new membership in International Organisations”. Clashing with Article 17 of Kosovo’s own constitution, this is a remarkable concession by a putative sovereign state; Kosovo has in effect agreed to Serbia’s demand that it cease engaging in one of the primary means by which it can consolidate its international status. This is self-evidently not the behaviour of a sovereign state and will naturally do very little to convince those who have yet to recognise Kosovo as independent that they should rethink their position.

The one clear gain for Kosovo is its recognition by Israel, but this comes with a number of caveats. Israel has very little international goodwill; as such, its decision is highly unlikely to catalyse a flurry of new recognitions and may, in fact, have the opposite effect. Israel’s recognition was evidently conditional on Kosovo agreeing to locate its new embassy in Jerusalem; this is a highly controversial decision which will displease many. It certainly goes against the EU’s position and will antagonise a number of Kosovo’s allies; Turkey has already expressed its dismay and warned that such a move will “prevent Kosovo from being recognised by other states in the future”.

Kosovo’s inclusion in the “mini-Schengen” zone has some potential economic merit, though many in Kosovo are hostile to the idea as they see it as bequeathing too much power to Belgrade, a point made since by Kosovo’s two most popular politicians, Albin Kurti and Vjosa Osmani.  Additionally, it is questionable whether this initiative has much real substance given the pre-existing border crossing agreements Kosovo has with its neighbours and the fact that the largely comparable Regional Economic Area agreement has been in place since 2017.

The agreement includes provisions which appear to ensure US monetary investment through the US International Development Finance Corporation and EXIM bank. Though welcome, one must wonder why this formed part of an agreement which was ostensibly between Kosovo and Serbia. US investment in Kosovo is an entirely separate issue, which could have been dealt with outside the summit. It thus has the appearance of a positive – though unrelated – provision inserted into the agreement to boost its meagre content.

Serbia has committed to ceasing its campaign to persuade other states to derecognise Kosovo, but how can such a provision be enforced? Serbia is unlikely to be stupid enough to overtly violate this commitment by openly campaigning for derecognition, but this policy can easily continue behind the scenes without the prospect of censure. Indeed, given that the US was not actually a party to the agreement, it is debatable whether compliance with any of the agreement’s provisions is subject to third-party scrutiny.

The damage to Serbia’s external relations

The key gain for Serbia is that Vučić has successfully negotiated his way through another international summit, brokered by a powerful supporter of Kosovo’s independence, without having to recognise Kosovo. As such, he can again present himself domestically as a strongman. Indeed, the moratorium on Kosovo seeking membership of international organisations, coupled with the “mini-Schengen” arrangements, and the provisions related to the highway, rail-link, and border crossings, can be legitimately presented by Vučić as further evidence of the de-escalation of Kosovo’s independence campaign as “Pristina’s” government now appears to be choosing pragmatism over secessionism. Beyond the inherently vague commitment to “identify and locate the remains of missing persons” – which also applies to Kosovo – Serbia’s responsibility for the violence perpetrated by its forces in Kosovo in the 1990s was simply ignored.

However, these gains are tempered somewhat by other commitments made by Serbia which will impact on its relationship with important external actors. First, the agreement to move its embassy from Tel Aviv to Jerusalem will clearly have negative implications for Serbia’s attempts to join the EU, given it has previously aligned itself with the EU’s opposition to re-locating embassies to Jerusalem. Indeed, this element of the agreement was immediately criticised by the EU; Peter Sano, the European Commission spokesman, noted bluntly, "there is no EU member state with an embassy in Jerusalem". Though potentially damaging to both Serbia and Kosovo, this is more of a concern for Serbia given that it is significantly more advanced along the EU integration process than Kosovo, which has, in effect, no clear EU roadmap.

Additionally, the commitment to “prohibit the use of 5G from untrusted vendors” – an obvious US-driven attempt to limit China’s influence through Huawei – will impact on Belgrade’s hitherto burgeoning relationship with China. Russia, too, will hardly have been pleased at the sight of Vučić cosying up to the US.

What the agreement makes most obvious is that the US’s interest in this deal had very little to do with Serbia or Kosovo. Clearly Trump’s desire for a foreign policy “success” during his re-election campaign, coupled with Grenell’s evidently insatiable desire for self-promotion, were the driving factors behind the US’s involvement.

The unexpected inclusion of Israel in the proceedings most obviously highlighted the secondary importance of Kosovo and Serbia. Indeed, the person who seemed most pleased with the summit’s outcome was Israeli Prime Minister Netanyahu. The inclusion of a reference to the “restitution of Holocaust-era heirless and unclaimed Jewish property”, the pledge to “designate Hizballah in its entirety as a terrorist organisation”, along with the commitments to locate Kosovo and Serbia’s embassies in Jerusalem, very obviously have nothing to do with Kosovo-Serbia relations and everything to do with Trump’s desire to facilitate Israel’s agenda as a means to secure his own re-election. As Prime Minister Hoti and President Vučić were propped awkwardly on chairs in front of President Trump while he exchanged pleasantries with the Prime Minister of Israel, both surely realised their true worth in the eyes of the author of “The Art of the Deal”. 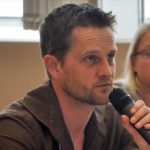 Dr Aidan Hehiris a Reader in International Relations at the University of Westminster. His research interests include transitional justice, humanitarian intervention, and statebuilding in Kosovo. He is the author/editor of ten books and has published over fifty academic book chapters and journal articles. He is co-editor of the Routledge Intervention and Statebuilding book series and is a regular contributor to national and international television and radio. 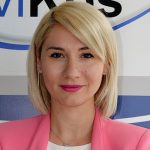 Donika Emini is a PhD student in international relations and politics at the University of Westminster. She is the Executive Director of the CiviKos Platform and member of the Balkans in Europe Policy Advisory Group (BiEPAG). Her research interests include regional cooperation in the Western Balkans, EU integration of the Balkan region, and Dialogue between Kosovo and Serbia.