Institutional and symbolic illiberal politics in the Western Balkans: Lessons from North Macedonia

Sound familiar? Although this citation is fully fictional, we can find such rhetoric in probably all Western Balkan (WB) countries, where the electoral wins of the incumbents are often disputed by the opposition because of unfair political competition. Illiberal politics are characterised by actions and policies aiming to create an uneven playing field and enable governing elites to remain in power indefinitely. We argue that there are two aspects of illiberal politics: institutional and symbolic; and that international and domestic democracy promoters should invest in tackling the root causes of both. Institutional illiberal politics encompasses actions and policies of incumbent elites involving the political abuse of state institutions in order to generate unfair political competition. This includes uneven access to resources, media and law, skewing the playing field in favour of the ruling political actors, that is, giving them the tools to stay in power indefinitely. Symbolic illiberal politics encompass abuse and domination of public discourse through ethno-nationalist, anti-communist or otherwise divisive rhetoric in order to legitimize incumbents’ actions and discredit political opponents.

The distinction between these two aspects is particularly useful for elucidating the mechanisms by which privileged access is created over time. Moreover, these two aspects are often enabled by different circumstances and skew the level playing field in a different way; hence, studying their interplay allows a richer understanding of cases moving towards authoritarianism. At the same time, this distinction gives possible insights on how to hinder some of the circumstances enabling both institutional and symbolic aspects of illiberal politics, thus possibly helping prevent an authoritarian outcome. Finally, these two aspects of illiberal politics need to be tracked with different preventive measures: in order to prevent the further rise of institutional illiberal politics, domestic and international pro-democratic actors need to monitor the clientelistic actions of the incumbent political parties and constantly advocate for greater institutional constraints that will ensure fair political competition. On the other hand, in order to prevent the rise of symbolic illiberal politics, there is need for greater societal action against nationalist and divisive rhetoric which tends to abuse existing historical and societal narratives in favour of the incumbent elites.

The case of North Macedonia during the rule of VMRO-Democratic Party for Macedonian National Unity (VMRO-DPMNE) and Democratic Union for Integration (DUI) (2006–2017) illustrates well the merits of the distinction. The arsenal of institutional illiberal politics under VMRO-DPMNE and DUI’s coalition included shady political party financing, excessive abuse of public institutions and resources, clientelist employments, as well as limitations on press freedoms and media clientelism. Importantly, the judiciary and other oversight and law enforcement bodies were subject to political influence (resulting in double standards, staged arrests and ‘political prisoners’), which further skewed the political playing field in their favour. The symbolic set of illiberal politics included ethno-nationalist discourse epitomised by the ‘antiquization’ process and the ‘Skopje 2014’ project, accompanied by anti-communist and anti-minority narratives. In addition, this included smear campaigns against political opponents (for example, the abuse of the lustration process), and smear campaigns against critical civil society organisations. The case of North Macedonia clearly shows that the two mechanisms for maintaining power – institutional and symbolic – are related to different enabling circumstances. The process of institutional state capture was enabled by the weakness of state institutions and the population’s clientelist preferences, which were systematically expanded and exploited by VMRO-DPMNE and DUI during their 11-year rule. On the other hand, the rise of symbolic illiberal politics was strongly enabled by Macedonia’s multi-ethnic character, the disputed Macedonian national identity and the lack of viable international prospects of the country following the Greek veto in 2008. We believe that this insight, though simple, has important policy implications for actors supporting democratization processes in the Western Balkans (WB), especially since there is a marked presence of institutional and symbolic illiberal politics across the WB countries. While support for institutional reform is prioritized by donors and international actors with the aim of treating the causes of institutional malfunction, it seems to be more difficult to design successful programs that tackle the causes and effects of symbolic illiberal politics.

Symbolic illiberal politics, when implemented in combination with actions and policies aimed at institutional capture, result in a greater push towards authoritarianism, as it taps into ingrained narratives that systemically agitate voters while simultaneously increasing the existing national and regional political cleavages of hatred, intolerance and nationalism. In addition, such narratives redirect voters’ attention from instances of institutional abuse. Symbolic illiberal policies are notably present in most of the WB countries and have various manifestations. In a multi-ethnic context such as Bosnia and Herzegovina, they are grounded on inter-ethnic mistrust between the three constitutive nations, while in Montenegro they are grounded on the Montenegrin-Serb divisions. In primarily mono-ethnic contexts such as Albania, Kosovo and Serbia, they are primarily based on fueling the existing party polarisation and smear campaigns against critics. In addition, in almost all of these countries incumbent parties ground their legitimacy on grand nationalist narratives of the greatness of their nation (often over other neighbouring nations).

To hinder illiberal politics in the Balkans in the long run, international and domestic democracy promoters, activists and academics should put even more effort into exploring the interaction between institutional and symbolic elements of illiberal politics, but should also think of more effective ways of dampening the effects of symbolic illiberal politics. Investments in media literacy programmes, creation of venues for inter-cultural cooperation, critical education and support for grass-roots civic engagement should be maintained, even though the effects of such investments are far from immediate. In countries with long-standing historical disputes, formal independent committees for revision of and deliberation on historical narratives composed primarily of academics (not politicians!) – if properly supported in terms of resources – may undermine some of the key factors allowing for the amplification of symbolic politics. 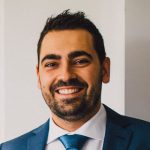 Borjan Gjuzelov is a PhD candidate at Queen Mary University of London, United Kingdom. He has authored several articles and policy analyses on social capital, anti-corruption and participatory policy-making. Gjuzelov was part of the Horizon 2020 project EU Horizon 2020 Project: INFORM - Closing the Gap between Formal and Informal Institutions in the Balkans (2016-2019). 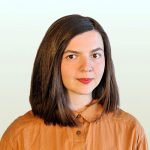 Milka Ivanovska Hadjievska (PhD, University of Exeter) is a Postdoctoral Fellow at the Department of Political Science, Lund University. She worked on the ERC-funded Regulating Civil Society Project at the University of Exeter. To date, she has been also engaged as a policy researcher in the area of civil society development in the Balkans.